Coffee is one of the most beloved beverages that is consumed nearly everywhere in the world. In the US alone, the domestic consumption of coffee in the year 2016/2017 was 25.02 million 60-kilogram bags. Some people can barely function without a dose of their morning coffee or at least sometime during the day. Unfortunately, coffee has suffered a bad reputation in the past due to skewed data that painted the wrong picture about this beverage. Past studies have shown that coffee drinkers were inclined to smoking, and they led docile lifestyles, but this has been refuted by new studies.

There are numerous benefits associated with the consumption of coffee such as alleviating stress, keeping the brain healthy, and releasing antioxidants into the bloodstream. Another major benefit of taking coffee is its ability to keep liver cancer at bay. Latest statistics on liver cancer derive that about 42,220 adults in the US will be diagnosed with primary liver cancer in 2018 alone. Unfortunately, recovery from this debilitating illness is not forthcoming, and this results in a whopping 30,200 fatalities per annum. Liver cancer is not relegated to the US alone; some parts of Sub-Saharan Africa report high incidence rates of this disease as well as South East Asia.

Researchers at the Kaiser Permanente Medical Care Program surveyed 125,000 respondents aged 22 years and older. They surmised that participants who took at least one mug of coffee daily had a 20% less chance of suffering from liver cirrhosis. The lead researcher, Arthur Klatsky, derived that people who consumed plenty of coffee regularly had less risk of suffering alcohol cirrhosis. Other researchers found that taking coffee protects people from contracting the non-alcoholic fatty liver disease (NAFLD).

There is scientific proof that indeed consuming coffee is helpful in averting liver cancer. Why then will you miss on taking coffee? First off, one cup of instant coffee has 60-70mg of caffeine and doctors recommend that up to 400 milligrams of caffeine for adults per day. Once consumed, caffeine oxidizes into paraxanthine which thwarts the growth of connective tissue in the liver thus preventing fibrosis. This is a condition where excess tissue growth disrupts the normal functioning of the liver. Seeing such great benefits of having caffeine in your system, it is expedient to consume coffee as often as you can.

The U.S. National Health and Nutrition Examination Survey done between 1999- 2000 surmised that taking coffee prevents the risk of developing chronic liver disease. People who already suffer from this ailment are advised to boost their coffee intake to ward of cirrhosis. If you prefer decaffeinated coffee, you can still reap the health benefits of this beverage. Coffee has two organic compounds- kahweol and cafestol- that have cancer-fighting properties. Therefore, whether you consume decaffeinated or caffeinated coffee, your body will register declined levels of abnormal liver enzymes.

Researchers at Harvard University have delved into the many benefits of caffeine to the immune system and went ahead to declare coffee as “one of the good, healthy beverage choices.” In 2011, the National Cancer Institute declared that adults who drank four cups of caffeinated coffee daily had a 20% less chance of developing cancer. Further afield, researchers in the UK analyzed over thirty studies and derived that merely taking one mug of coffee per day reduced the chance of getting liver cancer.

The National Cancer Center in Tokyo backed up these positive findings regarding coffee consumption. After studying 90,000 participants, it became abundantly clear that taking at least four cups of coffee per day reduced the risk of getting liver cancer by 50%. This is because of the antioxidants found in coffee help to fight the abnormal growth of cells in the liver and for this reason, caffeine is effective in preventing other cancers too.

In conclusion, coffee is a wonderful beverage that not only jump-starts our day but also yields great benefits for the body. The battle against all kinds of cancer is arduous, and although there is significant progress, this disease is still claiming millions of lives around the world. Instead of perceiving coffee as a guilty pleasure, nutritionists and doctors alike recommend that we incorporate this beverage into our daily dietary intake. Caution, though, people who are below 18 years must limit their caffeine intake to below 100 milligrams per day. 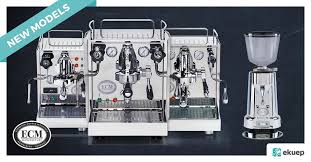